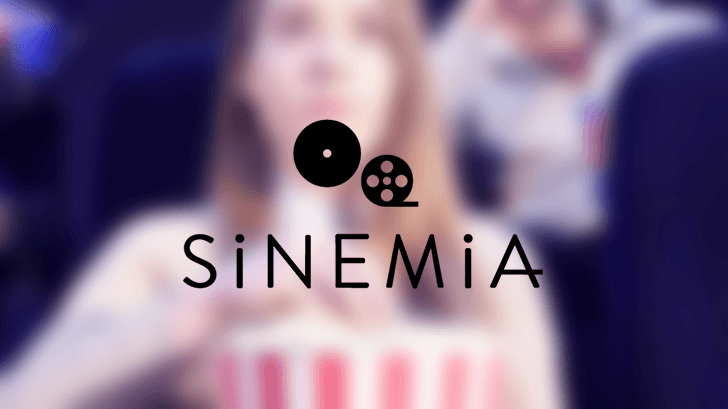 In the past, I have covered Sinemia in my blog and recommended the service for the frequent movie-goers. Those good days are gone, and replace with error messages and frustrations. I am not going to speculate on the status of Sinemia but I will cover the issues I get.

Until Sinemia can properly address all the problems, I would NOT recommend anyone to sign up

Error Messages
In March 2019, Sinemia has been injecting advertisements into the app. The placements are generally banners on most pages and full page ads shown on confirmation screen. They have implemented deliberate pauses in between to allow the ads to be shown.

Since then, the service has been plagued with various error messages that prevents users from purchasing advance tickets. Reports seem to indicate this does not affect physical users (in US).

Most common ones are the “Back-end Maintenance” for the new permanent virtual gift card error. This has stopped Canadians for about 2 weeks from buying tickets.

Customer service response is generic “we are working on it”. It didn’t quite explain about the situation or identify the cause to the end users 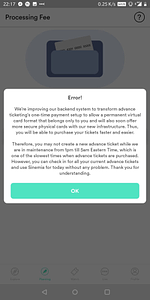 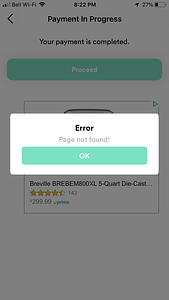 Missing Gift Card Balances
The biggest problem Sinemia has yet to resolve is the missing gift card balance. I have 3 gift cards that became expired after attempting to pay the processing fee with them. Sinemia initial stance was that they are not responsible for balance, then later they would investigate by providing the known previous balance. I am still waiting for them to get back to me.

I currently has $155 worth of Sinemia gift card went missing during their system outage.

Customer Dis-service
The overall experience with Sinemia’s customer service is poor, although they have email, and social media. Twitter seems to be the best way of contact but that requires consistent nagging over DMs. Most email are not being answered on-time and that leaves a lot of frustrations because the answers are copied and pasted and not always offer any help.

I have reached out to Sinemia about the missing balance on the gift card over Twitter and TrustPilot, typically I would get a feedback within a few hours but further inquiry resulted in constant DM and tagging them. At this moment, all they can say is they are going to contact me when my issues are resolved.

Overall Satisfaction and Terms of Condition Change
Currently, Sinemia’s reputation is sitting a “very poor” status in almost all review sites because the service is not available, app is not working as, incorrect fees were charged and the constant change in the ToC.

Simply by doing a Google search, Sinemia often linked with the word “scam” and the change in the ToC such as limiting the availability of service and forfeiture of class-action etc gives an impression of unethical business practices

Internet Outcry and CEO Responses
The negativity of Sinemia has been heavily discussed over Reddit, RedFlagDeals and Twitter. During the interview with TechCrunch and IndieWire, CEO Rifat Oguz has been evasive to many questions and is likely out of touch with the users.

It definitely is a roller coaster ride with this company. I am not seeing any values subscribing to Sinemia because of the questionable business practices and the lack of transparency. I really wish this company can succeed.